Why I Became an Engineer 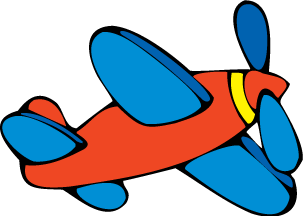 I knew in Grade 3 that I wanted to be an electrical engineer. My father had introduced me to building balsa-wood model airplanes that you could fly with a model engine. To start those engines, you needed one heck of a big battery. It was essentially a massive D-cell battery that must have been about four or five times longer and proportionally wider. To start the model engine, you connected the battery to a glow plug on the engine. Then the glow plug would get very hot. Next, if you spun the propeller, the engine would turn over. That action brought gasoline into the cylinder where it contacted the hot glow plug. Usually, that was enough to get the engine running. Finally, you’d disconnect the battery from the glow plug, trying to avoid the rapidly spinning propeller while you did so.

Well, one day, I was reading a book about electromagnets. It showed some simple instructions about how to make one with a battery, some iron like a nail, and some wire. I immediately thought about that big battery for starting the model airplane engine—that ought to make a good electromagnet! I looked around the house and found a big nail that was about three inches long. Next, I found some wire. I wrapped the wire around the nail several times and attached it to the big battery. Instant gratification! I was amazed at what I could lift with that electromagnet. I knew right then and there that I was going to be an electrical engineer, just like my Dad and my Uncle John. For that matter, there is also my Uncle Ralph, a mechanical engineer. That’s almost as good as being an Electrical Engineer. 🙂

Engineering runs in my family, so perhaps I merely fulfilled my destiny. If so, it was kickstarted for me on the day that I made that electromagnet!